This is a whimsical equestrian show with 2 horses and one rider.

Length: 1 hour. “The One Man Chewo” is a 60-minute quirky equestrian adventure, starring Eddy Bolineau and his two partners, Magouille and Giboulée.

When the star performer fails to appear for the show, Eddy Bolineau, an apprentice horseman, is forced in as his replacement. On short notice, Eddy learns to ride by the seat of his pants, improvising as the show goes on. With only rudimentary practice exercises under his belt, Eddy executes his wildest equestrian dreams in front of the crowd.

Eddy’s imagination has no limit. With the help of his horses, he becomes an apprentice horseman, a mediocre horse tamer and an unlikely knight. 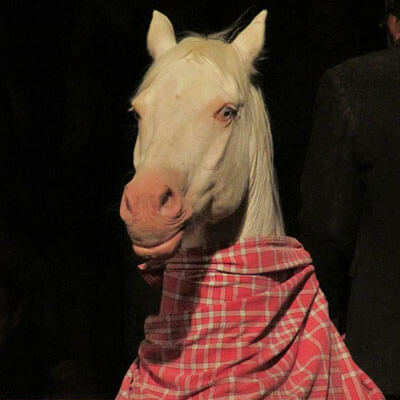 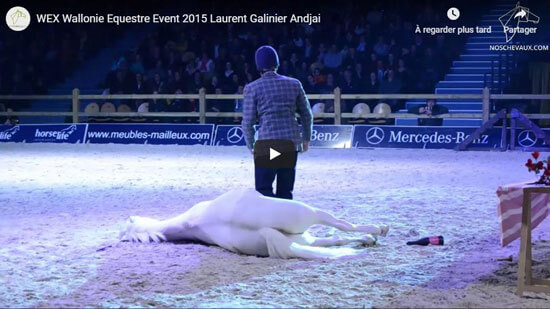